I came in with Superman and his big green rock 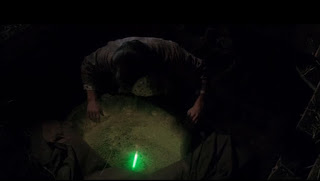 While I might not have been going to the movies much lately, but I've been in love with going to the movies since 1979, when I went to see the first Superman movie with my teenage cousin Maria. It's the first movie I ever remember seeing in the cinema. I was four, and there might have been films that I'd gone to before then, but Superman was the one that still sticks in my mind, four decades later.

I remember going to see it, and remember sitting in the mighty Majestic Theatre before it started, but there are only two things I actually can recall from the film. One was the swooshing credits in the opening scene, which were incredibly impressive, and - for some reason - the bit where young Clark finds the glowing green crystal under the shed on the Kent farm.

It wasn't the super-tense helicopter scene, or the bit with time turning backwards, or the truly transcendent moment when Superman flies above the world and drifts away with one of the greatest shit-eating grins in all of cinema. It's the bit where he finds the neon rock under the wooden floorboards.

When I rewatched the film years later, and saw how long the opening credits went on for, I wasn't surprised how that part had stuck in my mind for so long. But I have no idea why the glowing green crystal burned itself into my head.

Who ever knows what kids are ever going to remember? Or how it sets them up for life? 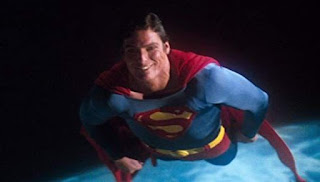