What are you doing, Kitty? 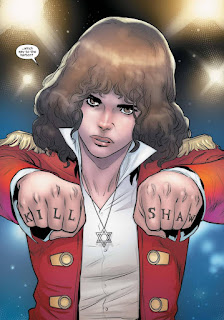 The single dorkiest thing I've ever seen in a recent comic book - and there have been a few contenders - was a while back when Kitty Pryde tattooed the name of the dipshit who murdered her on her knuckles, and then stuck out a hip, gave a dead-end stare and posed with them, arms outstretched and the letters standing out on her fists.

I've seen a few desperately uncool things in my time, and a lot of them involve Kitty Pryde, who has been a truly annoying teenager for decades. But this one really stuck out, especially when they were so desperate to sell the image that they used it as a full page splash and cover.

All I want from comic books is cool shit. This... 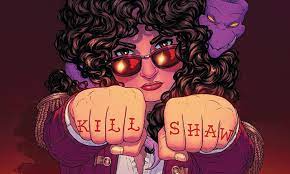 This is the opposite of that.