The curse of the SSAE 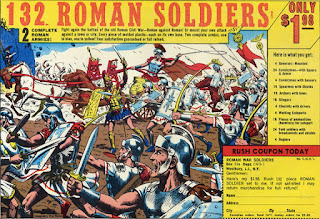 It's not so bad, living down the arse end of the world. The people of Aotearoa are generally good, and while our past isn't as shameful as some of you fuckers out there, we're doing our best to fix that. It's got fjords and shit. It's all right.

But even though it's got a lot better in the past few decades, dealing with that deep-seated mental isolation of being so far from the rest of the world can be genuinely hard. And when you're grasping out for any connection, flailing around in the direction of US and UK comic books was as smart as anything else.

Places like New York, Tokyo, London, Cairo and Paris might as well have been on another planet - as far away as to be impossible - but you could silently connect with thousands of other readers all over the years. You didn't have to feel quite so lonely.

I've been to all those cities as an adult, (and bought comic books in all of them). But once upon a time, they were as far away as Krypton or Skaro.

And even in the Marvel comics that gave glimpses of the reality of a place like New York City, the distance was rubbed in your face. Not just in the cost and unreliability of the fucking issues, but on every second page, with every advertisement and their demands for a bloody SSAE.

There were ads for books and magazines and toys and cardboard cutouts and kites and posters that I would never, ever see in any store around me. Invitations to fan clubs and subscription services.

The ones that always had a fascination were the toy soldier sets and the battle scenes, and they looked fucking glorious. I have since found out they were rubbish cardboard things, and you could get better plastic soldiers at that toy shop on Church Street, but the ads were still amazing.

And it didn't sound like a lot of money, but then they'd ask for a SSAE and I was fucked right there. I was 10, I didn't know where to get US stamps and had no idea how much I needed, and I definitely didn't have the funds to pay for it.

It all just became part of the ache of missing out, never even coming close to making an attempt, because it wasn't worth getting hopes up.

Things have changed a lot in the years since, the cost of air travel spiraled down for decades (and it remains to be see what the post-pandemic travel looks like), and the internet has connected us in ways we are still struggling to understand.

I can get most of the things offered in the ads off ebay if I can be bothered, but I know it's all cheap tat and I've just romanticism it all.

But I can't forget that kind of isolation, and it's still there. I've always had a few friends who dig the same shit I do, but only a few, and most of them have their own interests (friendships are more than both liking Masters of the Universe). But we're all so far away from the rest of the world, and those 204 Revolutionary War soldiers in my old comics are still rubbing my face in it.