Hostess ads are as old as me 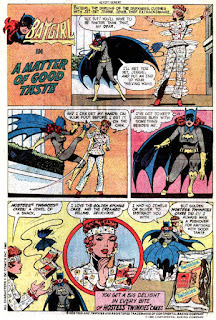 Someone once joked that the core root of your personality can be traced to the comics that came out the same year you were born. And that sounds good when I look it up and see that the All-New All Different X-Men started blowing up the world in 1975, or there was the Adam Warlock comics with those fucking clowns and that fucking pile of trash, or the first issue of Battle. That all sounds great.

But then I read the latest issue of the inestimable Back Issue Magazine and discovered that the very first Hostess comic ad appeared in a comic book which went on sale exactly five days before I was born.

I just feel like this explains some things about me that I never really understood and should probably have been ashamed about.

The disappointment of the first Hostess cupcake I tried at a California service station was monumental, because of course it was. Those ads were in nearly every single comic book I read - all the Marvel and DC and Harvey comics - for the first 10 years of my life, so what did I expect? No sweet treat could ever match that, no matter how much it distracted the bad guys.