All the Batmen are absurd 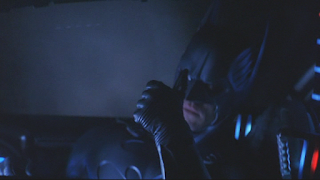 The whole concept of a rich dude dressing as a fucking bat and beating the snot out of poor people and madmen is so beautifully stupid that it falls apart when you think about it too long. But so fucking what? It's still a character that is iconic enough to handle any nonsense you pour into it. Batman is a great visual, no matter how dopey it gets, especially when he is beating the crap out of somebody. Which is always.

I love Batman and all interpretations of the concept are valid. They're all different, and they're all pretty funny too.