Inform yourself before you wreck yourself 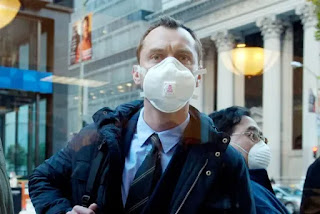 So naming and shaming people who literally never feel shame about their shameful acts is an absolute exercise in futility, and it's looking like the idea that people just need to be thoroughly informed about the truth to understand complex issues is another great fallacy.

Because you can slap people over the head with facts, and there is more information being produced ever second than at any other time in human history, but society is more ill informed than ever.

There's so much trash news - scaremongering, conspiracy bullshit, dull opinion, etc fucking etc - and so many people appear willing to believe it.

I've worked with newsreaders who read bulletins of cold, hard facts every hour, and then try to get the rest of the newsroom to do a story about how interesting QAnon fuckery is - 'it's the biggest story you've never heard of!'. They literally didn't believe the facts they read out at the top of the hour, and railed against the MSM , while being in the middle of it.

This kind of thing is impossible to argue against, because they'll tell you that they've done the research, and watched fifty thousand bone-ignorant videos on YouTube, and they just want you to bite, because they're stupid and mean.

I do the best I can, working at a public broadcaster and getting the news as straight as possible, but sometimes it feels a little hopeless when even the newsreader on the other side of the newsroom is scoffing at your words.
Posted by Bob Temuka at 6:52 PM