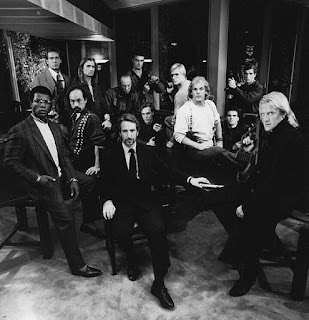 Die Hard rules for so many reasons - inspiring a new generation of action movie by welding the disaster film onto the action flick, and giving us a hero who wasn't afraid to show his more vulnerable side as he picked giant shards of glass out of his feet. It's more than three decades old now, but it's timelessly exciting, and it helps that it has one of the best group of henchmen ever seen in action movies.

There are a few forgettable faces in Hans Gruber's crew - including several meatheads with plain dark hair - but for the most part, the henchmen were instantly recognisable. There was the Def Leppard reject, the Huey Lewis clone, the black tech genius and the mighty Al Leong. There was the curly mullet dude, the ape with the ponytail, and the none-more-blonde Karl and Tony.

This didn't just have the effect of making them a bit more human - the bit with Leong and the chocolate bar is an all-time great moment - it also made the film easier to follow, and the stakes were always clear. You could tick them off as McLane dispatched each of the murderous scumbags. Even now, when I haven't seen Die Hard in ages, I can easily remember the fates of every one of them.

So many groups of henchmen in modern action movies are just hard men - mercenaries in the same outfit of hoodies and dark leather jackets, or sharp-suited heavies. But to keep the stakes real and a breeze to follow, Die Hard shows the way.