Reading on the move 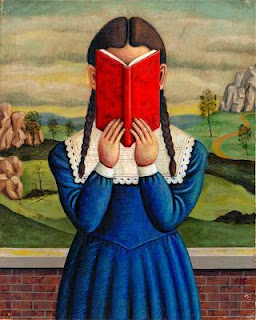 We all walk around with half our attention on our phones and devices, and there are plenty of hilarious videos of people doing real injury to themselves by walking into things when they should be paying attention to the world around them.

I'm as guilty of this as anybody, but at least I've been ahead of the curve for years, because I've spent the vast majority of my life reading on the move.

When I was a young kid at primary school, home was a couple of kilometers away. At that age, it was an interminably long and boring walk through dull suburbia, and, more importantly, it had a big impact on the amount of time I could spend reading books and comics all day. So it only seemed logical to read my books on the long walk home every day.

And I got the hang of it really quickly, and found that if you held the book at the right angle, you could see a couple of meters ahead, and as long as a small part of your brain was devoted to making sure you weren't walking into a wall or out onto the road, you could chug along at a decent speed while filling the head.

I read books and comics and magazines for years like this, and occasionally got some shit for it from friends, family and random people on the street, but I didn't care. I was getting in some reading time, that was all that mattered.

Later in life, I even found a way to read while riding a bicycle, because I was on a 10-km stretch from work to home on a road with literally two slight bends on it and very little traffic, and I could set up a a book on the handlebars and read as I rode. My Uncle Ron busted me one afternoon, and he brought it up every time I saw him until the day he died. But I wasn't shamed by that either, except for the fact I was reading one of William Shatner's TekWars book when he saw me.

I don't read and walk as often as I did when I was younger, although the ritual of reading a weekly 2000ad on the street immediately after buying it hasn't changed. I've still got a long walk home after work every day - about four times as long as that after school trek - but now I usually listen to podcasts or music while power-walking home.

But at least I've become bloody good at reading texts or messages or checking the cricket score or fucking about on Twitter, when I do that while walking on the street, and I don't have to worry about appearing on one of those hilarious videos. Not when I've had so much practice.
Posted by Bob Temuka at 6:42 PM