I've been doing a one-person book club for a couple of years now, and it's been remarkably rewarding. Every month, I head to the local bookstore, and buy a novel I've never heard of by somebody I've never read before, based purely on what the back cover blurb says, in a desperate bid to go outside my comfort zone. This has led to me reading an alarming number of books about slightly autistic women in menial jobs, but I've also read so many books by people who aren't white, English-speaking men, which can only be a good thing.

And now that so much of the world is in self isolation, or at least taking part in some kind of social distancing, I figured it was a good time to recommend a few new things to read, based on this experience. If you're culturally trapped for the next couple of weeks, here's 14 books that could be worth your time, starting with.... 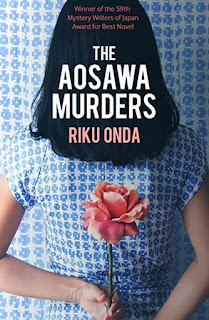 The Aosawa Murders
By Riku Onda

A murder mystery told decades after the horrific event, where a crowd of people, including young children, were horribly murdered with poison wine, saki and soft drinks at a family gathering, The Aosawa Murders is also one of those murder mysteries where there won't be any clear answers by the end, and no clear culprit, but you'd have to be actively not paying attention not to work out what's going on.

Told in a series of interviews with an unseen and silent author, the plot unfolds like an origami swan being slowly pulled apart, and little details regarding visits to the local second hand bookstores become key to understanding what's really going on.

It's delicately told and sometimes a little frustrating, when characters disappear when they've told their story, just as you're becoming invested in their point of view.

But even with all the horror and obtuseness, the novel never forgets how one event can still be ripping people apart years later, and can have a permanent taste as bitter as poison.
Posted by Bob Temuka at 6:12 PM