My baby don't mess around 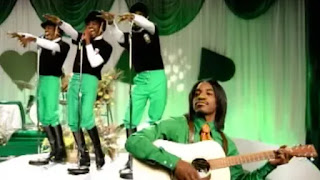 Since becoming new parents, the lovely wife and I have had a lot of time to read and watch stuff. We always thought we'd be flat out, and plenty of other parents told us that we'd have no time to ourselves. But there are hours and hours where the new human just wants to sit on you, and you can't move, so you might as well catch up on the binge watching and reading.

It's easy enough to read a book or bash through a long comic run - I'm currently getting in deep on reading all of Scott McCloud's Zot for the first time - but there is some guilt about watching the telly. It's not like the little one cares, she has shown absolutely no interest in anything happening on the TV screen in the corner of the room, so I've swallowed that 'I'm-the-worst-parent-ever' guilt and watched things that are hugely inappropriate for somebody so young, including entire seasons of Breaking Bad and Vikings.

She doesn't care. She doesn't flinch at the gunshots and calls for a shield wall, and just isn't looking at or listening to the massive amounts of sex and violence and profanity behind her. There are probably a lot of parenting experts that would tell us that she is subconsciously sucking it all up into her tiny brain, but she looks pretty bloody asleep to me. She ain't sucking anything up.

But I know it can't last. As soon as the baby shows any real interest in the events on the telly, we are going to have to stop that. She still likes to sleep on us a lot, but once she's taking it in and repeating what she hears, we'll have to watch safe, g-rated fare.

It can't be far away. The other day, she showed a surprising amount of interest in the classic Outkast tune Hey Ya when it came up on the TV, and was actually watching Andre 3000 do his thing on the video. She was into it, rather than her father's hopeless gyrations, which usually cracks a grin or two.

So I'll just get the R-rated stuff in while I can, because I know that once we're past this sweet spot of baby ignorance, I won't be watching those kind of things in the daytime for a long, long while.
Posted by Bob Temuka at 6:46 PM