The covers of the galaxy's greatest comic remain an odd beast. Sometimes they have strong runs of striking images, sometimes they don't.

This year has been a good one - there have still been some over-painted, sludgy messes with no dynamic composition, but there have also been others that have popped off the page, begging for a read, and promising unbridled thrills.

Unsurprisingly,  Chris Weston has produced some of the best for his Judge Pin climax, and the one with Dredd struggling to get out of a pit of rotting corpses is probably the best of the year (and is a nice metaphor for the entire Dredd saga): 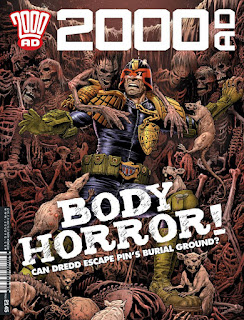 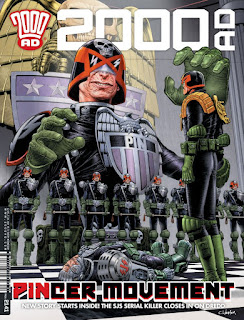 Even stories that have left me cold are capable of striking imagery, with Neil Roberts - who always brings a dynamic punch to his covers - making Tracer look good: 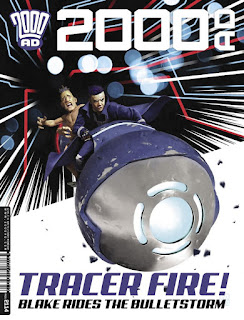 - while the mighty Glenn Fabry makes a long overdue return to 2000ad with a Future Shock cover that wouldn't have looked out of place on his Preacher run: 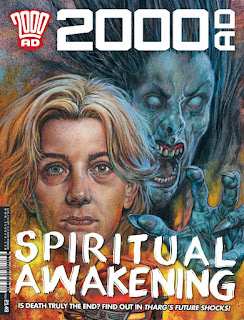 But after more than two thousand covers, sometimes the simplest ideas work best, especially with a splash of vivid colour - 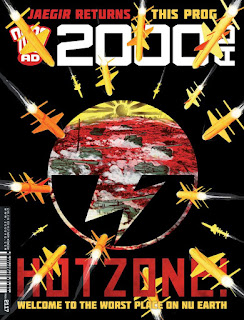 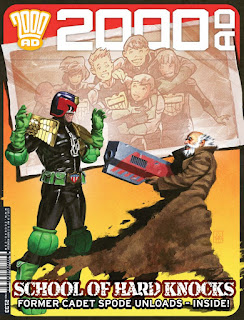 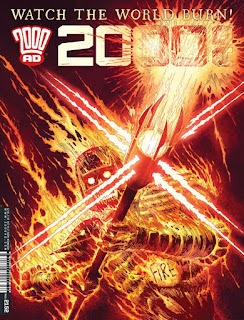 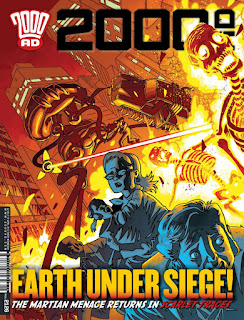 But you don't have to have explosions and fire to grab the eye - one of the best of the year was just an old man sitting in a chair (okay, it's on a small island of skeletons, but you get the idea): 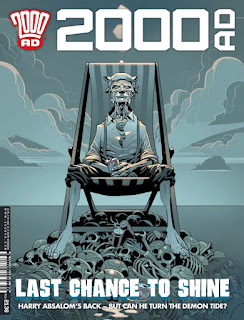 There have been plenty of other covers that have leapt off the shelves of the local newsagent and into my eyeballs in the past few months, but these were my favourites, and you'll have to find your own faves for yourself. With 50-odd issues a year, there's always plenty to choose from.
Posted by Bob Temuka at 7:15 PM