2000ad: Back to covers from the future


Last year, this blog took an unnecessarily snide and sneering look at the recent covers for 2000ad. While the comic remains my favourite piece of entertainment ever, the covers were getting sludgy and drab, sitting on the shelves of my local newsagent like a damp slab of moss.

But to give credit where it's due, things have been looking a lot more fabulous lately. 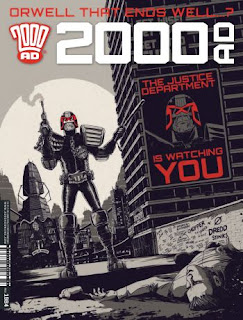 In the past six months, there have been some scorching covers on the Galaxy's Greatest Comic, with dynamic design and eye-catching colour work. Even as the comic approaches its 2000th issue, it can still stand out and produce a fresh, fascinating face.

There is still the odd washed out piece of blue-grey-green sludge, with characters milling about uselessly, but there is also lots of really nice work.

Even old hands like Simon Davis has been producing some of the best covers of his 2000ad career with his current Slaine run, with art that is full of brutal efficiency and huge slabs of paint - 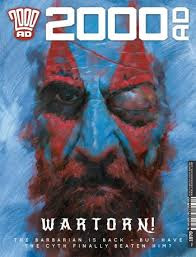 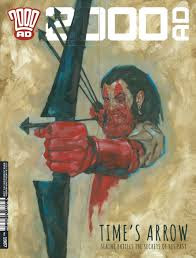 - while Tom Foster brings the unashamedly Bolland classicism to his covers - 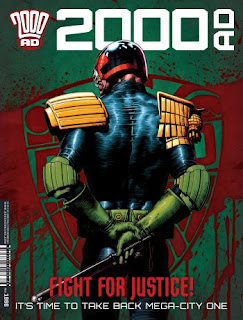 Things do get dark sometimes, but keeping it stark and simple, with striking spot colour, has paid off for artists like Paul Davidson and Jon Davis Hunt - 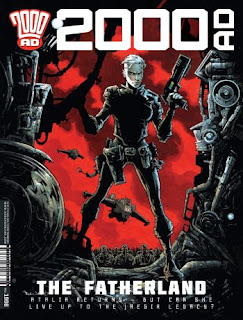 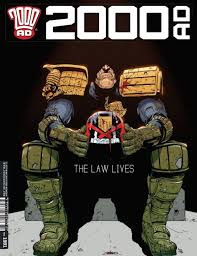 Judge Anderson remains one of the most popular cover stars of the comic - the harsh efficiency of the judge's life slamming nicely into the psychedelic swirls of her mind-bending powers. The character is pushing 60 in the comic, and has been struggling with the system for decades, but is as strong and sensitive as ever - 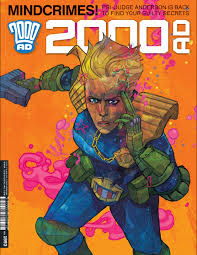 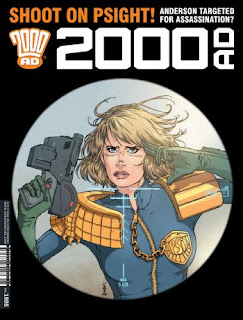 It's been a pretty strong run of covers all around. Nearly every week there is a lovely piece of art on the cover of the comic, like D'Israeli's thrusting Victorian/1970s spaceships, bursting off the pages of Scarlet Traces - 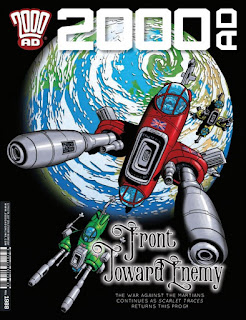 - or the classic bright, burned oranges of the always-wonderful Carlos Ezquerra's celebratory Prog 1977 - 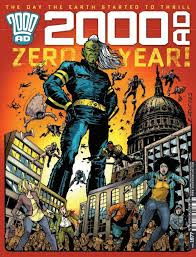 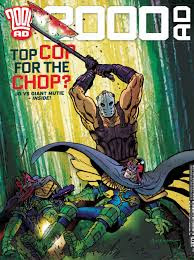 or some of Clint Langley's blood-red, metal-shearing ABC Warriors - 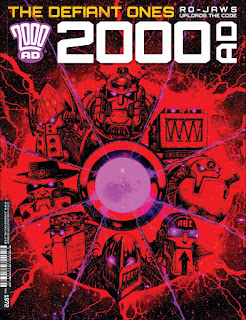 The stories beneath these covers are as rock-solid as ever, and Dredd in particular has been absolutely excellent lately. That much never changes.

But the face of the comic is always changing, and goes through highs and lows. It's been on a high lately as it builds to the big #2000, and it frequently has a beautiful face to gaze upon.