Stealth on the Blu Ray shelf 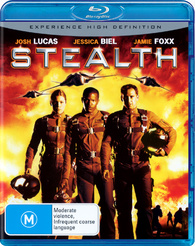 I spend way too much time thinking about the first blu-ray I ever saw on the shelves, and how it was a copy of Stealth, the Josh Lucas and Jessica Biel-starring 'jet fighter with a brain' film that absolutely nobody demanded.

I just wonder if it went to a good home. It cost $40 so if it was bought and paid for, it went to somebody who could really appreciate Stealth for the cinematic masterpiece it so clearly must have been, somebody who needed to see it in the highest possible definition. I bet it's still there on the shelf in their house, gathering dust as everyone goes streaming, but just waiting for the day that someone, somewhere says 'We should watch Stealth on blu-ray'. Its day shall come.