The Dreaming is too easy to fix 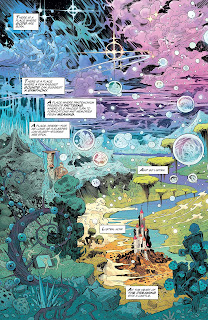 Every time they try to squeeze more out of Neil Gaiman's Sandman concepts, they almost inevitably begin with something dreadful threatening the titular realm itself. But when it can be rebuilt with something as insubstantial as a whisper or a prayer, it doesn't really have much of an impact.

It's literally an immaterial setting built on magic and imagination, and can be thought back into proper place.

Few of Gaiman's Sandman stories really dealt with a threat to the Dreaming itself, and those that did were always the dullest, because he always seemed to understand that it could never really be threatened. So he instead focused on ordinary people getting sucked into Dream's worlds, and either emerging triumphant, or not at all.

But the constant attempts to capture Gaiman's magic are always doomed from the start, because trying to make the reader worry about a place that isn't a place, and inhabitants that can be reborn as easily as their surroundings, is as realistic as a dream of flying.

I will always have a fondness for the original Dreaming series from 1996, especially the first half.