007 on the Rainbow Warrior 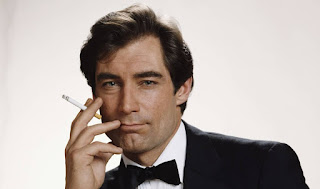 Like a lot of kids, I scorched right through a Bond phase, watching all the films in a matter of months, and never really got over it. I'm still buzzing on it, still looking forward to the next one, whenever it gets here. I'm all about the style and the stunts.

There were also a lot of reading of the Ian Fleming books - especially On Her Majesty's Secret Service, which I went through half a dozen times because it was the most balls-out exciting one in the series - and it was easy to deal with the fact that literary Bond was a complete and utter bastard, because real life got there first to confirm it.

When some French fuckheads blew up a Greenpeace boat in Auckland Harbour, killing one dude, because they had the audacity to say that setting off nuclear bombs in fragile Pacific atolls might be a terrible idea, it was some big fucking news in this country. And then there was newspaper headline that told me that  James Bond might have helped blow up that peaceful ship.

It was more complicated than that, once you got past that damning headline, especially because James Bond is a fictional fucking character, but some experts were putting forward the idea that MI6 would certainly help out their continental cousins if they needed to. And it hurts because it's true and all the fun and games of a James Bond movie have a real-world counterpart that is utterly contemptible.

So fuck James Bond and all he stands for. Every movie is a goddamn thrill, but he's a piece of shit and it's always good to see him take a beating or two. Fernando Pereira deserves that, at least.