How good is Brett Parson? 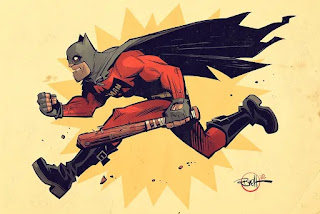 I genuinely think Brett Parson is one of the most under-rated artists in comic books right now. His work is just goddamn delightful, it's a mystery why he isn't regularly working on some of the biggest characters in comics.

His work is exaggerated, but solid. It's as slick as hell and so polished it cleans the reader's eyes, and while the character work is super-cute and cartoony, there is a solidity to his line that gives it weight and depth. And sure, there are loads of big eyes and button noses, but there are also solid jawlines and taut muscle work. 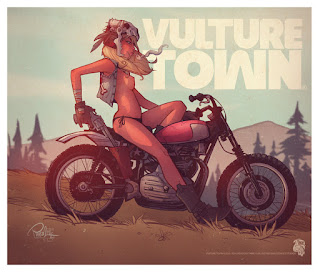 Mainstream comic fans aren't that fussed on super-cute, which might explain why Parson's profile isn't that huge. He's also spent a lot of time in the past few years on Tank Girl comics, and while co-creator Alan Martin is still involved, nobody really cares about Tank Girl when Jamie Hewlett isn't doing it, that's just a fact of life. I only just discovered Mike McMahon has done hundreds of pages of Tank Girl comics in the past decade, and I thought I was a massive McMahon fan. 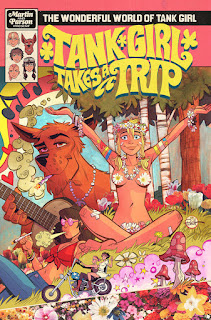 Parson's work has also shown up in other places - a 2000ad Future Shock here, a Goon cover there, a random short Vertigo miniseries by Peter Milligan that ran five years ago, long after everybody in the world had stopped reading new Vertigo comics (there's a definite pattern here).

You can find more of Parson's art on his website here, including a bunch of his terrific covers and some wonderfully idiosyncratic takes on Lobo, Batman and Judge Dredd, and you should check it out. At a time like this, the world could use more of this kind of cute. 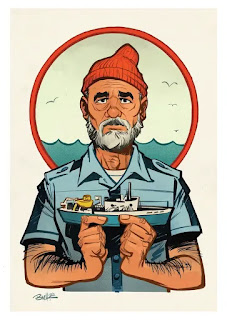