Always looking for the horror I needed 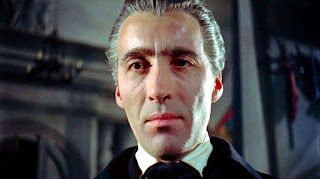 Finding old horror films at the video store was once such a big deal. I can still remember how unbelievably excited I was in 1996 when a chain store video place opened in another part of town, and it had the first Dracula film from Hammer just sitting there.

The local video stores always had a decent selection of horror films, because they were always a popular genre. There was all the slasher nonsense, and plenty of copies of Sorority Babes in The Slimeball Bowlarama and other low-grade bullshit like that, and it was just as easy enough to find the blockbuster horrors like The Exorcist or Nightmare on Elm Street.

But with thousands of horror films, nobody could offer everything. There would always be some random gross-out Italian horror like The Beyond or The House By The Cemetery, but I could forget about finding City of the Living Dead, or any of the Corman Poe adaptions. There was no Freaks, no Curse of the Cat People, no Cabinet of Doctor Caligari, and only the most random tapes of Hammer horror.

I knew all about these films from the books about horror films that I read and re-read from cover to cover, and look at stills from all these old movies that I could never find, but I couldn't actually find the fucking things. A lot of it was on TV in the 1970s and early 80s, but that had disappeared by the time I was in a nice, healthy and full-on teenage obsession with horror films in the late eighties. It took years and years to catch up with a lot of these films, when they would show up in the most random of places, or when I joined decent video stores with deep collections.

I did get to see the second Dracula film from Hammer at a reasonable age, when it turned up as one in the late night Sunday Horrors slot, but the original was always out of reach. It means I always think of the default version of the Hammer Dracula is the silent, hissing Count that Lee portrayed in Prince of Darkness (because he couldn't bear the lines), not the sinister and erudite figure of the other films.

Everything is a bit-torrent search away, and a lot of the films that I was desperate to see are now ridiculously easy to find. And they're mostly pretty good, even if they can't ever compare to the nightmares I could never find.
Posted by Bob Temuka at 7:20 PM