How to have the best time at the movies 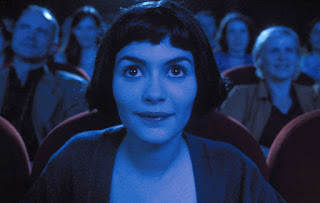 A night out at the movies with your best mates is always a good time, but I also used to really like going to films on my own, because you coule just chill out and enjoy the movie. And you didn't have to have a fucking opinion straight away. You could stew on it a bit. Think about it.

But now I am utterly convinced that the best way to see the movies is with lovely wife, and while I  once went and saw Casino Royale on my own on the morning of the day we got married, I don't ever want to see a movie with anybody else.

Partly it's because she respects that you don't always know if you liked a movie or not. Sometimes it's blindingly obvious, but often you have to get that precious thinking time in before coming to a judgment, and she respects that. She like sit and think about it too.

And partly it's because we generally like the same shit - she might go to a romantic comedy with her family, and I'll have to find someone else to go see a horror film with, but our tastes are generally the same.

And partly because she's actually pretty fucking funny, and whispers one-liners into my ear throughout the movie, and most of the time they're actually bloody good.

She just wants some kick-ass action, some beautiful shots, a few good jokes and one of her favourite dudes taking his shirt off, (it's okay, there's a lot of them). I couldn't imagine seeing a Marvel movie without her, because she's not me, and she doesn't care about the history of the Infinity Gems, or how Jim Starlin has created something that generates billions of dollars without any real compensation, she just wants to see Captain America beat the shit out of that purple ballbag.

Our movie-going has dropped off in recent due to new parenting, but we can still get a babysitter every now and then. There's literally nobody else on Earth I'd rather go see a film with, and so much better than ever going on my own.
Posted by Bob Temuka at 5:28 PM