Time and aging in the Marvel movies 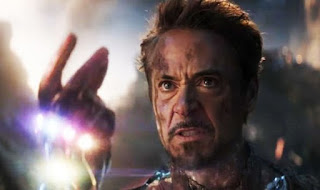 The Marvel movies might not be high art, and can all feel the same after a while, but they can still do something the comics never had the guts to do - they can let their characters grow old, and can let them retire gracefully, or go out in a blaze of glory.

It's mainly thanks to humanity's unavoidable dance with mortality. The actors grow too old to pull off their superheroic bullshit for too long, or just get too expensive to keep around. There's still no guarantee we won't see Robert Downey Jr in some capacity again, but he really was aging out of the Iron Man thing, getting too old for the dumb quips and playboy nonsense. So it wasn't really surprising when he got to bow out in the last Avengers film, allowing his story to come to a proper end, and leave behind some kind of legacy.

While the movies are bound to the reality of aging in our world, these things can also happen very quickly. The Christopher Nolan Batman movies went from a Year One Bats in Batman Begins to the Dark Knight Returns Bats in the space of a couple of movies, again offering some kind of closure to the whole thing (before the inevitable reboot and recasting).

But back in the original source material, the comics get stuck in null time, and Batman is always Bruce Wayne, and Spider-Man is always Peter Parker. There are periodic attempts to get the next generation in there, but they're always undermined by a later creator desperate to take things back to basics and restoring the status quo.

The movies put out by the Marvel Studio will undoubtedly start all over again, somewhere down the line, but for now seem committed to carrying on the two-decade continuity that they've already put out, and have to tell new stories. If they ever want to do an Iron Man movie again, they're going to have to take the concept forward (I still think Shuri is the way to go), instead of maintaining that endless status quo. You can do anything with the comics, but the movies are starting to do this better.
Posted by Bob Temuka at 6:15 PM