Good zombies give me nightmares 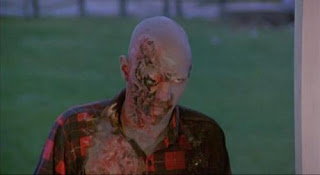 The best zombie movies always gave me nightmares afterwards, that's how I knew they were good.

I had nightmares for years after seeing the trailer for the first Dawn of the Dead film in the late eighties (and they only got worse when I actually saw the damn thing); I had a vivid dream that seemed to last for week about being trapped in an attic during the apocalypse after seeing 28 Days Later for the first time, and was deeply troubled by the empty world that filled my dreamscapes after seeing the first season of Les Revenants. I've never, ever had one about The Walking Dead.

These dreams can scare the living shit out of me, but it's also slightly addictive, because any kind of entertainment that can get that kind of emotional reaction out of me - even if it's absolute terror - must have something going for it.
Posted by Bob Temuka at 5:50 PM