Hitmen are not the threat I thought they would be 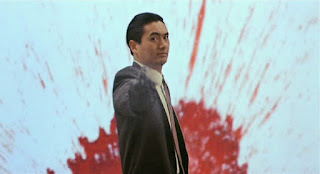 It's become an often-repeated joke that we all thought that quicksand would be a much bigger deal in our lives, considering how much it was sucking down characters in the various adventure stories we all grew up on, but I'm also just a little surprised by how much I don't need to worry about hitmen.

I've probably watched or read a couple of hundred stories about hitmen, usually ultra-cool motherfuckers in sharp sunglasses and suits, dealing out death with utter ruthlessness and the barest hint of a smirk. There are series where there are entire underground societies of assassins, with a black economy dealing in the lives of their targets, and strict rules of honour that must never be broken.

And I do love a lot of these stories - the John Wick films are terrific and the mythos they build up around Keanu Reeves' killer of killers is batshit insane enough to be worthwhile; John Woo's movies of intense comradeship were an obvious obsession at an obvious time in my life; and there is still a part of me that is convinced that Hitman is the best thing Garth Ennis will ever write.

But it's all fantasy. Real life hitmen are usually grubby little shits, grey little men who carry out violent deeds for violent bosses, and live a life nobody wants to emulate. Or they're just useless, and keep subcontracting out a job until the final man at the end of the chain tries to fake the whole thing.

Hitmen are dumb murderers, and there are people that kill others for money, but I don't think they're as ubiquitous as all those Chow Yun-fat movies said they were. Thank goodness.
Posted by Bob Temuka at 7:20 PM