Somewhere in space and time 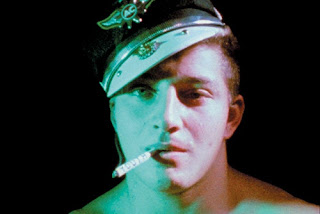 Somewhere out there in the grim and optimistic post-War age, notorious gossip hound Kenneth Anger is taking a break from the satanism and puts some snappy pop music on the soundtrack over his underground art movie, and it works like gangbusters, influencing Scorsese in his use of music, who goes on to influence nearly every other filmmaker in the world. Anger's films are full of half-naked motorcyclists and full-frontal magickal rituals and aren't for everybody, but his ear for a good tune takes over the world.
Posted by Bob Temuka at 1:23 PM