James Ellroy: It has been entirely too long 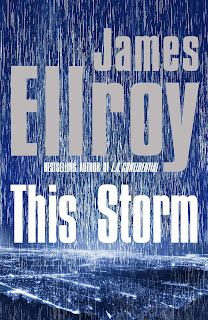 It's very hard to ever really recommend James Ellroy books to anybody - they're full of the most reprehensible characters, doing the most awful things imaginable. Mass murder, racist killings, blackmail and general nastiness on an industrial scale, performed by people who never sleep and get by on massive amounts of Benzedrine and self-loathing.

This Storm, his new book, is no exception, and while that weird after-taste of Blood's A Rover crazy last act still lingers, this is vintage Ellroy. A few pages in and Doctor Hideo Ashida - a Japanese-American in LA around the days of Pearl Harbour, surviving on a delicate balance of extreme competence, good connections and absolute intensity - is performing field autopsies on more than a dozen of his countrymen on the beach where they were recently murdered and dumped, shutting up the local cracker cops when he splits open skulls to dig out the bullets without hesitation or fear.

And Dr Ashida's journey is just one of many in this sprawling text, bashing up against an amazing, charming and unobtainable redhead who starts the book by accidentally killing two kids, and the devil himself, Sergeant Dudley Smith, part of a huge cast of characters that range from low-lifes to real scumbags.

I still can't recommend this to anybody I know - the style and substance of Ellroy's books is always going to rub most people the wrong way - but this intensity of vision and execution can be addictive. I certainly always get my fix.
Posted by Bob Temuka at 4:07 PM