Nobody hyped Ditko in the 1980s 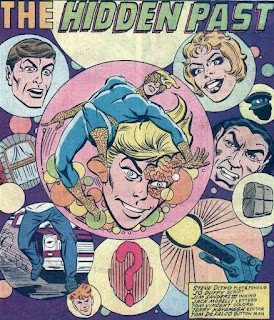 It's very weird how Marvel never seemed to make a very big deal about getting Steve Ditko back on a full time comic for them in the early 80s. After fucking off to DC and messing around with Charlton, and finding them all just as deplorable as those goddamn hippies at Marvel, Ditko went back in 1979 for the easy cash that the House of Ideas offered.

And they never made a big deal about it! The guy who was an essential part of the creation of their single most popular character, one who has generated billions in revenue for its owner. And while he might never have touched any drugs, his Doc Strange remains the trippy standard for the character.

And they put him on Rom and Machine Man. They gave him exactly one decent shot with Speedball, but when that failed to really find an audience, they relegated him to fucking Marvel Comics Presents. And even there, he co-created one of the great 21st century Marvel characters in Squirrel Girl, because of course he fucking did.

Maybe Ditko's art was just too square - in every sense of the word - and maybe Ditko's famed rigidity made him impossible for him to work with a big company that was reaping huge rewards from his earlier work.

Eventually he slipped away again, with considerably less flair than that time he left Peter Parker behind. He seemed happy enough doing his Mr A screeds, and giving everybody the pure Ditko. It was too pure for 80s Marvel, anyway.