The wisdom of Tony Curtis 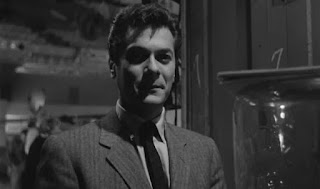 Somewhere, sometime in the 90s, the immortal Tony Curtis is giving an interview with a movie magazine, and the veteran actor, who worked with some of the great performers and directors of the late 20th century, is asked for his philosophy on life. He comes back with the phrase:

I've seen Tony Curtis pop up in a lot of old movies since then, and there are some fine performances in there. But after reading this quote in an Empire magazine long ago, none of those performances have taken as much real estate in my head as that phrase has.