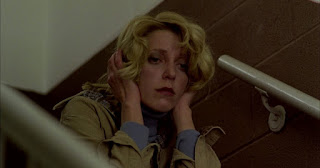 After all, they kept fucking telling me all those 1980s horror films would rot my mind, but I turned out mostly harmless.

But there is still the horrible sensation that maybe - just maybe - apocalypse films really have done us harm, here in reality. That the fears and perceptions of the end of the world is having an impact on the actual real world.

While my fire for the living dead has died down under the staggering weight of rotting flesh in recent years, I've always fucking loved a good zombie holocaust - the original Dawn of the Dead is still a stone-cold entry in the top five films ever for me - or a plague film, or some nuclear armageddon, or a good asteroid from space film, or the guzzaline-fuelled breakdown of Mad Max. Movies where all the rules of modern society break down and it's an absolute free for all.

And generations of viewers just like me have happily watched these films, smugly certain that they live in a world of civilization and rules, and that their neighbourhood could never fall to anarchy like that.

But these films also taught us the erroneous lesson that the apocalypse comes in a panic, and everything collapses in a sudden rush, when it's the slow burn that gets us, and everybody on the planet has seen that in the past year. The big events of human history seem fast in retrospect, but civilisation crumbles around the edges before breaking apart and the people living in the centre of it often don't see the end coming because everything is fine for them.

This year has also proven that we're completely useless at following some simple fucking guidelines, even when lives are actually at stake. The fuckwits who complain about wearing a goddamn mask are the same fuckwits who think how cool it will be to go all Zombieland in the apocalypse, when they're just going to be more meat for Woody Harrelson to bury his axe in.

We're completely unprepared for the apocalypse, because too many shitheads have bought into their own myths, and actually want to live in a world full of warboys and ghouls, but these dreams are as substantial as a fart. And because when it finally reaches that point of no return, there's a good chance we won't see it coming, because it doesn't come in a dramatic beat.
Posted by Bob Temuka at 10:47 AM