Find the girl, while you can 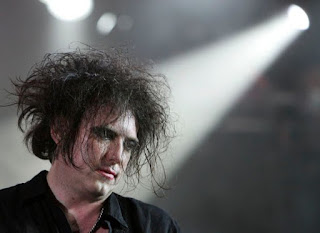 The British music magazine Mojo still sticks a CD on the cover like it's 1999 or something, but god bless them, because that's where I get so much of my music. A lot of the time it's a bunch of random new stuff, and sometimes it goes digging in deep time for some forgotten tunes, and sometimes it's a full CD of covers of the work of a single great band or artist, by all sorts of musicians.

Some of these are an absolute dream, and one recent one featured a bunch of songs by The Cure, which was a lot of fun. The brilliance of the Cure's songs were always built on Robert Smith's ability to never be constrained to one type of sound for too long, swinging wildly from joyful power pop to utter existential despair with ease. Beneath the big hair, the songwriting is always inventive and pulsating with life.

(I recently found my cassette tape of the Mixed Up album that I got for my school cert exams, and it still fuckin' rocks.)

So this latest Mojo CD features 15 covers of Cure songs, and as enjoyable as I find these long, slow interpretations, I have no doubt that people who make movie trailers will be creaming their pants when they hear these songs.

It's become an obvious cliche that the genuises behind the modern movie trailer love a slow, sad cover version of a pop hit. You get the buzz of recognition and the scent of the new, all in one go. And this Mojo CD is full of them.

The lovely wife and I have a bet on which song from the CD that we're going to hear first on a major film trailer. She reckons it could be the version of Love Song by the mighty A A Williams:

While I'm more partial to A Forest by 8:58, because it starts with that haunting hook before building to an intense climax (plus, if there is one thing movie trailer editors like more than a sad cover song, it's being absolutely literal about things, and there are lots of films with trees in them) -

But it'll probably be the incandescent Phoebe Bridgers, with her 'Friday I'm In Love', because she's huge, and it's probably the band's best known tune -

There are also safe bets with regular trailer folk like Mark Lanegan and Cowboy Junkies and Dinosaur Jr. It's inevitable that one of them will show up soon, I just want the bragging rights of picking it first.