No time for the movies, even in 35mm 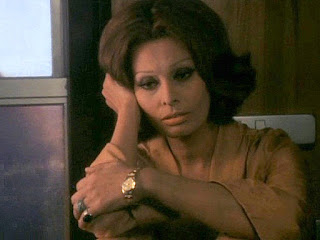 This is one of those points in life where I just can't get to the cinema as much as I like, and have only been a couple of times in the past year. This isn't all because of the plague, not in this country. Although there has been the occasional lockdown, the local theatres have still been open, and thirsty to get as many arses on seats as possible. And it's not all because there is a lack of product, even though the last Bond film has been delayed for more than a year.

It's almost entirely because we have a young child. And I know it's this, because there have been so many fucking good old films playing on the big screen lately, at cinemas all around me, and I haven't been able to get to them

Old films were always a bit of a rarity on the big screen, and there was no dedicated revival cinema near me until last year. But with very little new product coming in, one cinema in particular has been  showing things like Godzilla v Megalon, The Cassandra Crossing, the first two Die Hards, Eyes Wide Shut, Commando and The Warriors, usually in 35mm. The one under the library has been playing several Lynch masterpieces, including the sublime Fire Walk With Me.

There would have been days when I would have gone to every single one of the things, (although, to be clear, I only found out about he Twin Peaks the day after it screened, or I might have made a special pilgrimage to that). As it is I just got to a True Romance screening, and by the time there is any free time to go to something, there will be a glut of new movies in a post-Covid deluge, and I'm bound to miss some gems.

I'm missing my shot at seeing these things on the big screen, but at least other film nerds without family responsibilities will get their chance. That's some cold, cold comfort.