Saturday afternoon at the movies again 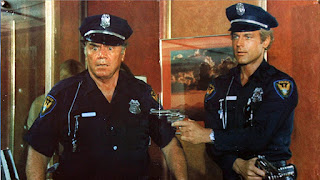 There will always be a part of me that thinks only real time to go to the movies is mid-afternoon on a Saturday. The Majestic Theatre in Timaru played something at 2pm every Saturday for my entire adolescence, and me and my sisters and our friends would always head along, while the parents went off to the pub or housie or something.

And we'd watch anything, no matter how rubbish it was. There were endless Terrence Hill and Bud Spencer films, and the Village People movie, and lots of re-puporsed TV shows like Battlestar Galactica and the 70s Spider-Man, which were deeply unimpressive on the big screen. Every now and then get something good, like a Star Trek or an Indiana Jones film, but most of the time it was just low budget meaningless shit, and none of that matters.

The lovely wife won't let me waste a Saturday afternoon like that right now, refusing to let me be stuck inside on a sunny day, and quite right too. But my beliefs about the optimum way to go to the movies is unchanged, and that's why cinemas will never die, even in this times of plague.

You might get the annoyance of other people, but so what? Nothing beats the dialogue bouncing around the cavernous space, going through the lush foyer with the plush carpet, making the Tangy Fruits last as long as possible. All the fun of the audience, which makes that one jerk who won't stay off the phone a bit more tolerable.

I still haven't really forgiven my big sister for making us miss the start of Footloose, and that kind of grudge only lasts because of love - a love for the cinema on a Saturday afternoon, while everyone is at housie.