I was a teenage arsehole 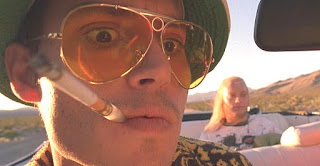 I try not to have a lot of regrets in life, because having too many regrets fucking sucks, and I mainly do this by trying not to do too many stupid things in the first place. But I can't ever forget how much of an arsehole I was during as a teenager, and the awful and stupid ways I justified at the time.

This is in the early nineties, which is the most ironic period of human history, and I turned 18 in 1993 and was easily at my most obnoxious, always ready with a snide remark or oafish comment. But I never thought of myself as the arsehole, because I was being obviously ironic about it. It took me fucking years to work out that being an ironic arsehole still means you're an arsehole.

Sure, it's an age where you naturally want to just fucking smash fucking everything, no matter how your life is going. There's so much change and so much discovery, and it's so easy to hide behind an ironic sneer, fervently defending offensive shit because it pisses off your parents' generation.

There is always going to be some natural arsehole behaviour, but it's really easy to justify it to yourself because you're not really being sexist or something, you're making fun of those who genuinely are sexist to expose how awful they are. It's not your fault the people you're with can't tell the difference. Except that it it totally is.

Pop culture didn't help. You might think that Yossarian is the ultimate rebel philosopher and that all the old school journalists freaking out over Hunter S Thompson's work are just squares, man, but nobody needs you using their bullshit as a guide to life.

I will be forever grateful that my young arsehole nature was confined to idiot insults and other harsh words, and never went any further than that. And I'm even more grateful that this all happened in a pre-internet age, where I had no platform to spread my rancid bullshit.

There's still enough memories for all sorts of sick regret and deep embarrassment, and how do I ever repay the people that put up with this oafish behaviour? They're a bunch of goddamn angels.

I can never say sorry enough for all the hurt feelings and silly outrage that I may have caused in my youthful stupidity, but I'll try and own it, and try to do better.