I feel so seen by Family Guy 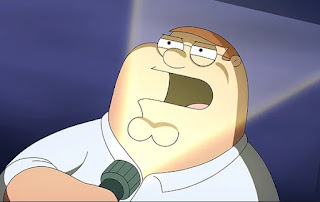 All the cool kids sneer at me when I say how much I still enjoy watching Family Guy, when like everybody else I've long given up on the Simpsons. Sometimes I get the lecture about how all the non-sequitur jokes have no merit, because all comedy comes from plot, story and character - but that doesn't explain slapstick, and you're not human if you think slapstick can't be funny.

So while the scatological nature of the jokes might comedy nerds crazy, it also makes it timeless and still sometimes genuinely funny. It pushes that divide between funny and offensive - and often fails by any reasonable measure - and nobody ever really learns anything, which is essential.

But sometimes - just sometimes - it nails a mode of behavior that I recognise in myself and am deeply embarrassed about, and tells me more about how I think and interact with the world than a hundred high-end dramas about murder in the Hamptons ever will.

As an aging white male, there is a frequent bombardment of jokes at my expense, and I say bring it on. While it doesn't come close to the start of some kind of repayment for centuries of rank and foul privilege, we could all use that kind of headfuck. But when it says out loud a thought I've always kept to myself, I feel so seen.