Sudoku forces me to slow down 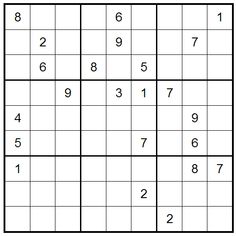 Even though I genuinely don't believe they're as bad for you as everybody told me they were when I was growing up, I still have to lay off the video games. I just get sucked in and they use up so much time, time that I could spend doing more important stuff, like raising the kid, or reading comic books.

These days, I play an old Grand Theft Auto every couple of weeks, but most of the time it's something on the phone. I'm either idly racking up the points on 2048, or rocking through a Sudoku, because I'm all about the numbers.

I've played hundreds of Sudoku games on the app in the last few months, all on the hard setting - anything easier is boring, and I haven't been able to get the grasp of expert, because I can't spread the intellect that far enough. It's just challenging enough.

The main appeal of the Sudoku - especially compared to the fast flickering of 2048 - is that I do have to concentrate, and it does force me to slow down. I have to actually think about the placement of numbers, it's not all about the hand-eye coordination and reaction time, it just sits there and waits for you to figure out the pattern, and why that 9 has to go there, rather than there.

Life comes at you so fast, especially in this unholy year of 2020, and it can be so easy to just let it slide by. But sometimes the best way to relax is to actually concentrate on something - especially when it's as unimportant as a numbers game on your phone - and slow the fuck down.
Posted by Bob Temuka at 10:08 AM