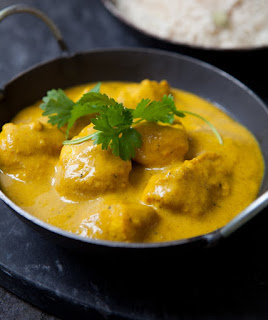 I've become quite used to the look the waiters at Indian restaurants give me when I order a mild chicken korma. They don't quite roll their eyes at me, but it's close, and there is definitely a 'nice one, white boy' condescending smirk going on.

Besides, I've gotten years of that look for reading comics as an adult, long before they grew up and became graphic novels. The patronising comments that I would get constantly were never smart or hurtful enough to overcome my actual enjoyment of reading the things, so who gives a shit what those losers think?

Sometimes I get embarrassed by some comics - seriously, those War Stories comics were the worst, and I had to hide them under piles of 2000ad when I read them for the last time - but I don't get embarrassed by the medium. As if I'd go off all movies just because I watched a couple of awful Troma films or something.

I'll still try new things on the menu at the local Indian restaurant, because new things are good. But I will always go back to a good korma, because they taste good. And they taste so good I don't care what people think about me for eating it.
Posted by Bob Temuka at 6:11 PM