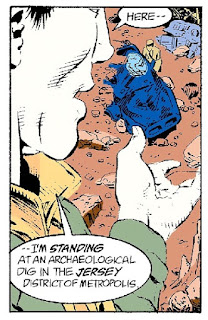 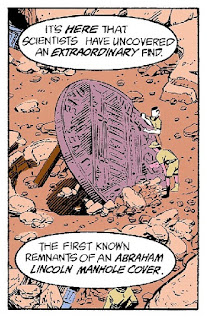 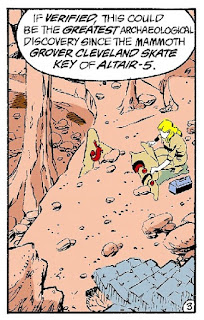 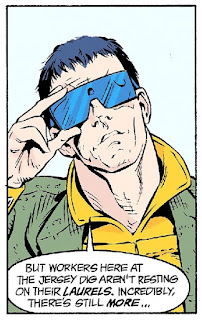 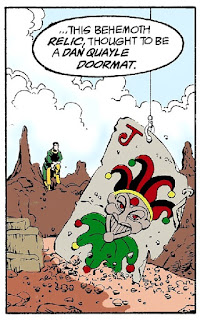 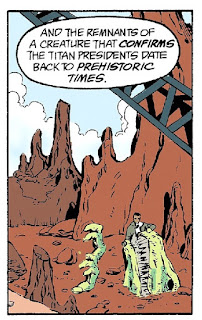 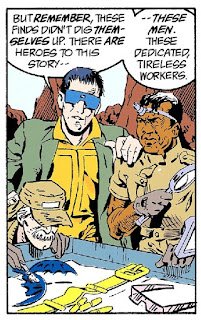 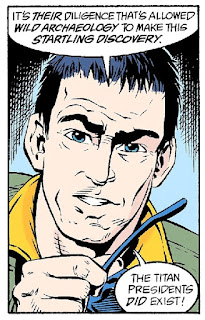 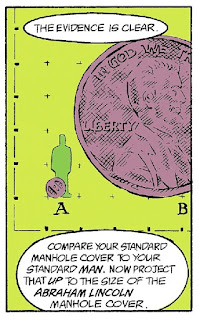 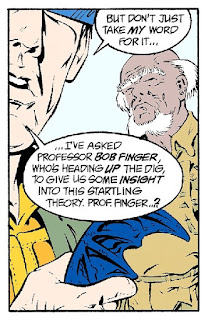 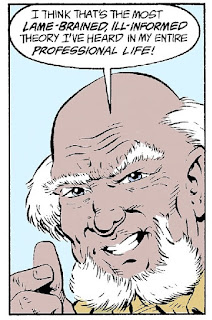 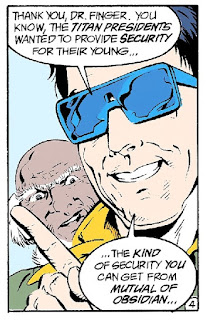 It was a grim and gritty time in comics, and the Legion weren't immune, with all sorts of shocking death and dismemberment and pain in this era, but it was also a comic co-created by late 1980s Keith Giffen, so there was always room for a few laughs among the horror. Finally giving Matter-Eater Lad a reason to exist (beyond going crazy and lying on a table in the background), Tenzil Kem was given an actual personality, and created some light in all the darkness.

His blithe assumption that the Batcave proves the existence of Titan Presidents once roaming the Earth is just ridiculous enough to work in a world full of Dominators and flight rings, and is easily happening just around the corner from the carnage. It's also full of in-jokes and easter eggs for all the nerds, and provides some much-needed levity to a grim, grim comic book.
Posted by Bob Temuka at 3:26 PM