The cheap and cheerful appeal of the midday movie 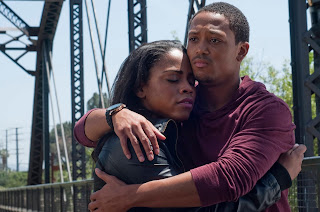 I'm such a fucking cliche, because after several months being a stay-at-home Dad for more than half the week, I have caught myself watching bits and pieces of Lifetime films that regularly screen in the middle of the day.

In my defense, the production values on these weightless movies is through the fucking roof. They look great, all shot in colourful high def, with blandly beautiful people with a pleasing ethnic mix, all decked out in stylish outfits and clothes and living in lovely and bright houses as they get up to all sorts of shenanigans.

The stories are full of love in the vineyards, or a sister dying of cancer, or an evil twin, or some PG-level murder, played out by actors you never see in anything ever again. They're all cheerfully off-brand versions of all the big stars, but also so much more. There's plenty of off-brand Tom Cruise or Brad Pitt variations, but it starts getting fun when you see the Lifetime version of Ben Mendelsohn or Michael Shannon showing up.

I am not the target audience for these things, but sometimes I leave one on the TV for five minutes too long, and I just let it run. I don't even have to watch the whole thing, they're always so predictable and safe. But they're pleasant enough to have on in the background when I'm writing some nonsense for this blog or play some Sudoku while the baby has her afternoon nap. The films might just be wallpaper, but it's tasteful and pretty wallpaper.