Last Black Man In San Francisco: No need for the worthy stick 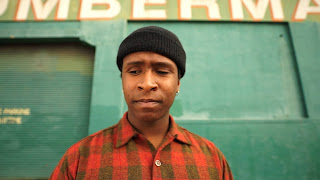 I've been watching a lot of very worthy films recently - it just happens that way sometimes - and they're all been very important and full of important ideas and important themes and are all very, very serious.

The Last Black Man In San Francisco is definitely worthy and important, but really stands out among the pack. It tackles issues of race and home and gentrification and community head on, and does it with such life and vigor and humour, it feels more alive than a thousand biopics about dead white men.

It's got insanely sharp dialogue, and you're really not sure where it's going to end up, but you're still ready to go along for the ride, like two grown men drifting through the city on a skateboard.

I've been to the city a couple of times, but still feels like a fairy tale, even with that homeless dude taking a dump on the corner. It feels big and unreal and so does this story, but it's also achingly familiar, because I'll never own a home like the one, or even dream of it.

And with that kind of universal longing, and the slightly absurd humour that sits alongside it, this film feels so vital, without ever smashing you over the skull with the worthy stick.