No movies for you 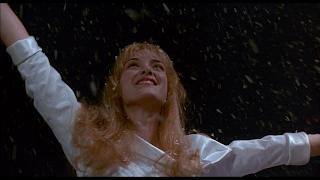 While I've been regularly going to movies for almost all my life, things have dropped off precipitously in the past year, thanks to the new child and the pandemic.

But until now, I've been heading along to the cinema on an extremely regular basis since I was five. On average, it was almost certainly a movie a week for decades, except for the great and terrible cinematic drought that I suffered through for most of my teenage years

There were plenty of matinee screenings as a kid, lots of Terrance Hill and Bud Spencer, or the Village People movie, or anything that was on at 2pm on a Saturday afternoon, while Mum and Dad were at housie with Nana. Going to the legendary State and Majestic theatres was a part of life.

But then we moved to a different town, and even though it was only 20 kays away, I was 10 and 20 kilometres is a long, long way when you're 10. I didn't go to the movies for an extremely long time.
It didn't matter if it was the latest Star Trek or Terminator or anything else in the period, I completely missed seeing it at the movies. I completely failed to see the new Indiana Jones at the theatre, and didn't see Batman in a cinema until Val Kilmer was in the suit.

For about five or six years, the only film I saw at the movies was Edward Scissorhands. That was it. I came close to getting to T2 one Friday night, but my mate with a car never showed up, and I've never forgiven him for that.

Luckily, this celluloid desert was also during the boom days for video tapes, and what I lacked in quality cinematic experiences, I made up for in quantity of videos. Watching hundreds and hundreds of the things, cleaning out the shelves of the local video on the cheap-arse Tuesday deals.

It was good, but it wasn't the same.

Once I got a car and some disposable income, and then moved to a town with a multiplex, I went a bit crazy. I was at the theatre three times a week, going to anything that was showing - Mission Impossible, Romper Stomper, Speed, Batman Forever, Escape From LA, Lost Highway, Star Trek First Contact, Lone Star, yeah, whatever, I'll take anything and I'll see it three times.

It was some hardcore movie binging for years and years after that, and I don't regret any of it. I was thirsty for that cinema experience, and I needed to drink it all up. I'll probably need to do it again in another five years, the way things are going now.