Second time around: The moment Keith Giffen blew up everything


Most comic book artists with evolving and ever-changing styles take their time about it. Some barely change at all, just get more polished or refined, but some artists can produce work with a strikingly different look and feel during their careers. It usually takes years, or even decades, for their style to change like this, to become something new.

Most artists aren't Keith Giffen. When he blew up his own comfortable style of art, he did it in three pages: 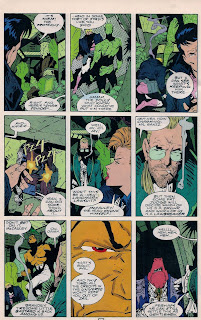 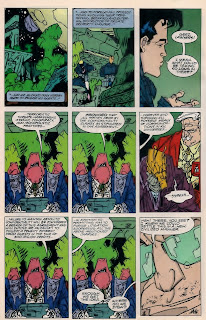 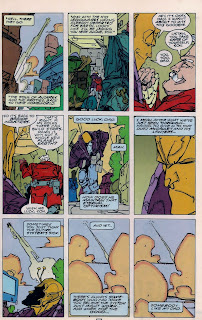 This is from Legion of Super-Heroes v4 #39 and it's the last issue Giffen would do for the 'five years later' Legion. And in just a few panels, he goes from the familiar blocky shadowing that he'd been doing for most of the past decade, and takes a sudden leap into a style full of scratchy detail, comical exaggeration and strange pastel colours.

He might have changed everything on a sudden whim, but Giffen would stick with this distinctive style for a while, producing Lobo and Trencher comics full of extraordinary gore made palatable by his gonzo scratchings. His current style is somewhere inbetween the two extremes seen in these few pages, but who knows if he's going to blow it up again?

Originally posted on the Tearoom of Despair on June 19, 2018 and it is easily the most popular post of the past few years. Who knew?