Second time around: Going back to the Far Side 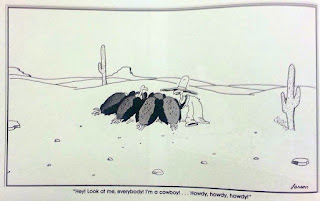 It's a lot harder than it looks, making fun of stupid without being mean about it, but Larson always made it look easy, and I look forward to any trip back to that side of things.

Originally posted on the Tearoom of Despair on December 6, 2019. I could use more Far Side in my life right now.