Second time around: Dumb movie arguments (that think they're so smart)


It's not hard to pick holes in your average big movie. The nature of mass collaboration and desperate commercial imperatives means every kind of blockbuster has some kind of plot or logic hole, and some films can be rife with them.

It can be a lot of fun to rip into a dumb movie, but there is a certain kind of nit-picking that is almost painful to listen to – one where the complainant's innate superiority to everyone else in the world is revealed, as they sniffily point out some logical flaw or scientific impossibility, while managing to completely miss the whole fucking point of the thing.

These kinds of complaints are repeated to the point of cliche, and almost become common truths, except these arguments are big, fragile balloons full of bullshit. There have been plenty of examples of this in the current age of blockbuster movie nonsense, but here are a few that always grate. 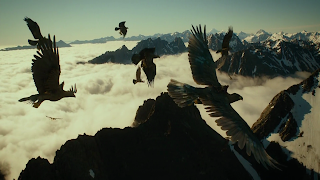 Why didn't the eagles just fly them all to Mt Doom in the Lord of the Rings?

This might be the most foolish fucking argument in the history of pop culture – ever since the books were first published, there have been know-it-alls who point out the whole mess could have been cleared up if those eagles who save Frodo and Sam from the slopes of Mt Doom at the last minute had just flown them there in the first place.

And it's a reasonable argument to make, except for the fact that it spectacularly misses the biggest point in the whole damn saga. The story keeps telling you over and over that if anyone other than Hobbits – the most literally down to earth and sensible creatures in the whole of Middle-Earth – tried to take the ring, they'd be corrupted by its power, and would lose themselves to evil. It's why Gandalf can't carry it, or any elf, or any man, or any bloody eagle.

Even Samwise bloody Gamgee almost gives into it, and becomes Lord of the Gardens, so what chance would ancient and powerful creatures like the eagles have? If they tried to carry the ring to Mordor, or even carry someone who is carrying it, it wouldn't work.

There are other points being made here, about the necessity of a long, hard slog to accomplish anything of true worth, or that absolute power corrupts absolutely, but there are no shortcuts here, and certainly no in-flight service.

The robots in the Matrix films must be dumb, because there isn't that much power generated by a human

Science nerds love this one, and if you're having a conversation about Keanu's cool kung fu, they'll always pipe up and point out that 'Actually, there is no way the human body produces enough power to sustain the robot civilization, so why should the humans be kept alive in that weird pink goo?', and that kills the kung-fu talk dead.

Leaving aside the whole issue of future tech that can extract power from humans in ways we neanderthals can't even comprehend, (science fiction is quite good at this sort of thing), or that there wouldn't be much of a story if one side just wiped out the other, with no hope of any return, it's another spectacular piece of dumb missing the point.

If anything, the humans in  the pods are there because the robots are actually trying to be better than humans - they're keeping them alive when they could just wipe them out easily. It's simple to think of the robotic overlords as monotonous tyrants, but they're highly-evolved AI creatures that have weirdly complex morals about this sort of thing.

Sure, they try to wipe out everybody not living in a pod, but that's the nature of a war they already won, and the fact that they show some kind of mercy proves that it isn't some kind of black/white absolutism, it's more of a green vibe of compassion. 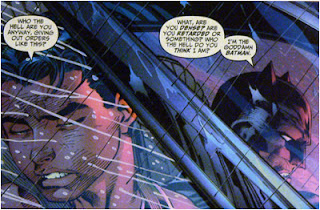 All Star Batman and Robin looks like it will remain shamefully unfinished for a long while to come, which is just fine with a lot of people, who still hold up the moment early in the series where Bats says he is the goddamn Batman as the moment that Frank Miller totally lost all sense of Bat-characterisation.

It's actually nearly a decade old, and there is still smirking about it on click-farm comic book sites, but it's really getting old now, because it says it there, right in the story, that Batman is acting out a tough guy persona, and that he's really bad at it.

Even outside this context, it's a moment as funky as Bob Haney's classic 'Batman digs the day!' caption, but as part of the story, it's the ultimate example of Batman still needing to learn the ropes properly, and trying to figure out this intimidation thing. Sure, it's someone pretending to be tough, but it's supposed to be somebody pretending to be tough. 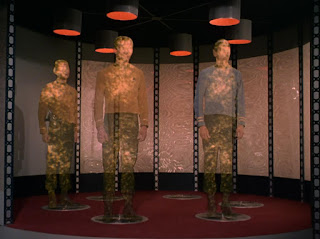 This one has gained inexplicable popularity in the last couple of years, and some high-faultin' commentators can't help pointing out that the teleportation technology in Star Trek actually murders the people on the pad, disintegrating them, before creating a clone at the other end of the line, which thinks it is the same person who just beamed down, but is actually a copy.

Unlike everything else here, it's actually scientifically sound, even if it starts getting a bit theological on the notion of a soul, but anybody who points this out misses the fact that it is absolutely fucking horrifying from a storytelling sense of view

Why the shit would you need a downer like that in a rollicking tale of new worlds and new civilizations? This is Wagon Train To The Stars, not Existential Journeys Into The Soul. The idea that Kirk, Spock and the rest of the merry gang are soul-less abominations, constantly dying over and over again for the cosmic equivalent of going out to the shops, really drains all the fun, and storytelling drive, out of the whole fucking thing.

It's fine for those who are looking for an excuse not to like Star Trek, but if there are any positive feelings towards this whole 'boldly going forward' thing, you don't want to be dragged down by this kind of horror.

Independence Day: You can't hack that

The first Independence Day film is one of the most gloriously dumb blockbusters ever made - and while it is easy to write off as fluff now, it did feature some genuinely groundbreaking effects, and had a profound impact on giant films today.

There is much to pick at, but the tech-nerds always like nothing more than feigning amazement that Jeff Goldblum can just hack into the aliens' computer system, when it is desperately awkward getting any earthly computer configurations from different companies to talk to each other.

Leaving aside the idea that it is a nice nod to the classic War of the Worlds solution, with  new kind of bug bringing down alien invasions, or even that sci-fi thing again about technologies beyond the limited understanding of the real world, there is the little fact that there has been an example of alien tech sitting there in a hanger for decades, which scientists would have been trying to crack. It's right there, on screen. Jeff Golblum didn't have to be some kind of super genius to instantly figure out, the scientists have had years to get their heads around a new operating system and reverse engineer the crap out of it.

Out of all the stories here, Independence Day has the deepest holes and incomprehensible plot turns, but complaints about this little computer really need to be deleted. 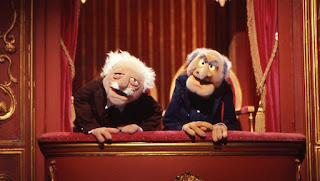 Look, it's not hard to rip into these kind of things, they're all flawed – the Lord of the Rings are still pretty amazing feats, but so fucking bulbous, the Matrix films pissed away glorious opportunities with those shitty sequels, the Star Trek films are constantly running out of puff, and Independence Day is Independence Day.

But if you're going to expose the flaws in our entertainments, there is no need to regurgitate the kind of bullshit argument that sounds so smart, but is just as dumb as the movies it skewers.

Originally posted on the Tearoom of Despair on December 20, 2016, and I swear I've seen all of these same snide remarks made a dozen times each since then.