No Uber, no Netflix, no way 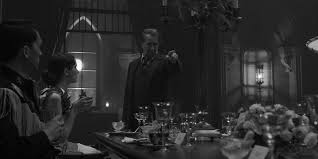 We all make our own little moral stands where we can, as delusional as they can be, and I'm sticking to the one where I never use Uber. It makes life a little bit more annoying, and it annoys the hell out of people who just want to get to the fucking pub and will leave your arse on the sidewalk as they get a ride in a Prius driven by a total Derek, or use the service to eat their lukewarm Taco Bell that smells bloody great in front of you.

But I just hate the degradation of workers rights that Uber and the entire gig economy, where no one is an employee and everybody is a contractor, so nobody needs to worry about things like health insurance or holidays or anything else like that. People literally died for these rights, and they are pissed away in the name of consumer ease, breathlessly introduced in a mountain of tech bullshit.

The only thing that annoys people in real life more than this Uber snobbery is that I don't use Netflix and have no idea what they're talking about when they use the services. It's easy to to, because there's nothing there I really want. In the entire history of the company, it hasonly produced one movie that I had absolutely had to see, and that was an obvious Coen Brothers film.

I'm not really interested in any of the Disney+ shows, and have reached that age in life where you just get a bit sick of Star Wars - it had literally taken me 43 years - and there is plenty of other content around. I like seeing Marvel films at the movies, because I just like going to the movies, but the Tv shows feel ethereal in a way that the movies largely avoid.

I don't judge anybody else for using these services. I operate from the extreme privilege of white dudes everywhere and it doesn't fuck up my life that much to not use Uber or Netflix. I am genuinely sorry that the only way I can stand up for workers rights in this most miniscule of ways is to refuse to give those same workers the money they need to make rent, but sometimes you just gotta take a stand somewhere.

I'll be back here with the DVD collection I really need to get through.