I never ran away, but there's still time 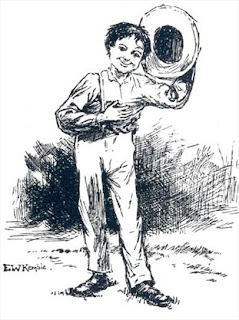 When I was a little kid, all the stories I was consuming somehow convinced me that at some point during childhood, I would have to run away from home for a while and fend for myself. I'm not sure where that conviction exactly came from, but I knew it was just something you had to do at one point or another.

I even had a vague plan, which involved sleeping on the park benches hidden in the bushes beside the town library, drinking all my water from the taps at the closest schools at night, and eating the spuds that they grew in the fields just out of town. I was soon old enough to realise that it wasn't a legal requirement to run away from home, but I still thought this was a valid plan.

There was one other thing that all the books and comics and movies convinced me was a requirement in life - I was sure that at some point in life, probably when I was anciently old and in my mid-40s or something, I would have to have a nervous breakdown. It seemed like every fictional character I knew either died a heroic death or had a nervous breakdown at some point.

I'm still a little bit certain that this is something I will have to go through one day. But not today. Hopefully.
Posted by Bob Temuka at 6:26 PM