I didn't want to go to college, I just wanted to follow the Legion 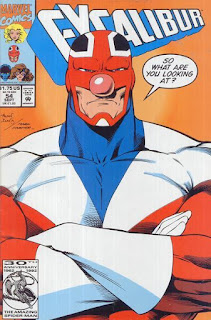 Even though I had the criteria, and even though all my best mates were doing it, I never went to university. I tried it out for three days, hated it, and never went back. Those mates have masters and doctorates and all that shit now, but I have no kind of degree. Just a certificate in business computing and a diploma in journalism that I got from the local polytechnic.

I tell people I bailed on college because I was sick of sitting in classrooms, and of the structure of school, and just wanted to get out and do something as an adult.

That's all true, but the main reason is that I couldn't figure out a way to get all the comics I needed. I'd had my first taste of a decent paycheck the summer before I left school, when I was getting a whole $120 for a back-breaking week picking asparagus. It was monstrously low pay, and also more money than I'd ever had in my life, and meant I could buy things like a new TV aerial so we could pick up the Star Trek: The Next Generation broadcast, or I could just get Robocop on VHS, and I could get rid of the cut-to-pieces version I'd taped off the telly.

And I was all about the comic books. Just at the age when most normal people would grow out of this shit, I was obsessed with the Legion of Super-Heroes and Hellblazer and Spider-Man and Eightball and the Flash, and needed to get as many comics as I possibly could.

When we went to Otago University for an open day, the only things I can remember from that day is that I skived off going to a lecture to find the missing Reign of the Supermen and Alan Davis' Excalibur issues I needed instead, (and that the bus caught fire on the way home, which is a whole other story).

I wasn't going to live on a student allowance. Like any 18-year-old, I needed to party, and couldn't afford that and a serious comic habit. I had to go work in an office, and make miserable money that still felt like a goddamn kings ransom to keep getting those comics.

Like anyone else, my choices in life can get complicated sometimes. This one wasn't. It was all about the comics.
Posted by Bob Temuka at 1:59 PM