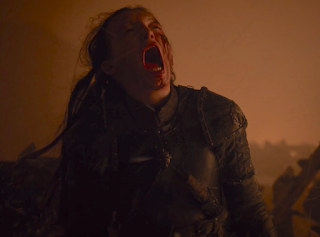 It's taken a while, but I think I've finally learned to deal with professional reviewers who use the phrase 'deus ex machina' because they think it makes them sound clever, even though they clearly have no idea what it actually means. But any critic who puts forward the idea that it's easier to write an episode of a television show that has less dialogue than the previous installment has nothing worth saying about art or the production of it.

And I definitely don't have any time for anybody who starts moaning about a 'Mary-Sue' to describe a competent character, like that shit wasn't old in the '80s.
Posted by Bob Temuka at 9:45 AM