You company shifts when you start livin' comfortably 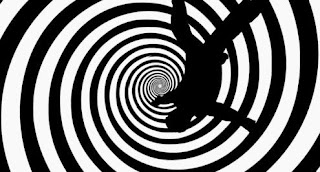 How many years can you be behind the cultural conversation before you're really past it? How long before there is too much content to catch up on, and not enough life yet, and you let it all go? Is that the end? Is that the end of all things for us?

I'm a white male in my late 40s, and I am very much past it. I'm trying to catch up, but in the eternal worlds of the mighty poet philosophers Scritti Polittit: time keeps slipping, keeps slipping, and I can't keep up with the rest of all the cool stuff anymore.

It always seemed so necessary to stay on top of pop culture when you're young. You gotta know all the right tunes, and all the cool novels. But as time goes by, things slip and slide because you get your priorities sorted and all this dopey shit becomes less and less important.

Music was always the most immediate thing, because it's all about the now, but it's now taking me a couple of years to catch up on the same pop stars everybody else is.

I'm still on top of my movie wisdom, even if it takes me a few weeks to get to a screening of the big films. But the interesting stuff still only gets to this part of the world after every where else has played it, but that's been a life-long issue. That ain't nothing new.

Neither is the fact that I always play video games that are about a decade old, usually because I don't have the latest hardware. I've been doing that for years.

But the real slippage is with the comics. That's where I noticed it the most, because it's always the medium that I've always kept up with. It's always taken me a couple of years ot tarck down all the cool indy books, but I've usually kept up with the big mainstream comics (usually thanks to the library). Even if I haven't bought a Superman comic in years, I used to be able to give a rough account of what's going on.

But I'm hopelessly behind now. I lost track of Spider-Man in the past year and couldn't tell you who is in the current Justice League.

The only fully regular comic I still get is 2000ad - same as it ever was - but the Covid and the global freight meltdown has seen the weekly prog slip behind more and more - we used to be 10 weeks behind, now we're at six months.

It's okay, I don't mind. As long as I get there in the end. You can only get more patient as you get older, and it doesn't matter if some of these things slip away. Keeping up with all the cool culture can be a chore after a while, and that's how the end gets you.