I had a whole universe of ideas for Victor DeMorte and his House of Skin and the family that lived there, but he only ever showed up here and in one uncompleted epic. I still miss ya,Vic. 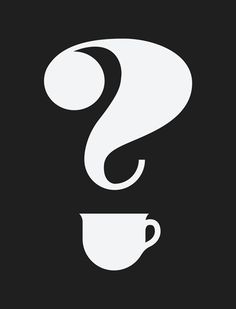 Soft to the core, Dr. Skin tries to understand his situation. The Car With No Name is speeding down J Street, direction unknown, velocity unwise.

“How did I get here?” he says quietly to himself. “What am I doing?”

A migraine springs from non-existence, cutting through his frontal lobes like a white-hot razor. He tenses, pushing forward on the steering wheel, but it crumbles beneath his touch, the car disintegrating, flying off in a million different directions. Skin dissipates along with it.

He tries to scream, but he’s got nothing more to say.

Skin struggles to free himself, but they’re too strong. “Let me go!” he cries feebly.

“Shit, he’s coherent,” says one of his captors, the worry in his voice unmistakable and unavoidable. “What now?”

“It’s okay, Jakob,” says a familiar female voice, and Skin subconsciously relaxes. “It’s going to be all right. We will help you.”

“I don’t need any help,” whispers Skin, but Fate makes a mockery of his claims by sending his consciousness sliding between the gaps in the words, into another world.

Read between the lines.

Skin’s mind is pulled back through time, and he experiences it all again. Car chases, dances, escapes, cups of tea, scorpions and apes fight for attention, before being thrust forcefully back in their place. It’s all good.

And next? Skin registers a corporal body, his personality rests in a spare body, which opens its eyes at the slightest command.

Looking around is hard. The neck muscles still ache like hell and the eyes hurt in the bright light, but Skin doesn’t let that get in the way of a good view. And what a sight it is.

Stretching away to the horizon is the greatest assemblage of human beings since the dawn of time. The Great Sahara Dance Floor pulses with the steady beat of six billion feet belonging to truly happy bodies. Thousands of meters below the surface of Planet Earth, Big Bass Beat generators send subliminal tunes ripping through the crowd, while Strobe Satellites, skipping through the sky, illuminate the crowd in pulses. Incandescence and oblivion alternate on microscopic levels.

Skin turns and finds himself standing on a mile long stage, packed with musicians rocking to their own beats. The Great Concert can be seen from little brother Moon.

Skin tries to remember how he got here, but it’s vague. He’s still laughing at his own ineptitude when a familiar young man dressed in archaic clothes runs up and slaps him on the back.

“What?” asks Skin, brow creasing unfashionably in confusion. “Is this the future?”

“The future is now!” screams Kyle before quickly glancing at his watch. “Oh my God. Time’s up.”

He turns to Skin with the strangest expression on his face.

Skin’s stomach does back-flips. “I can’t…” he begins before the world falls away beneath his feet and Skin flies the light fantastic into the unknowable.

“Sorry,” whispers a voice in his ear, “but it’s for your own good.”

“Yeah,” whispers a different voice in his other. “Your lady called us in. Just as well. This is the worst case we’ve seen yet.”

“But I’m fine,” says Skin with impossible clarity. “Let me go and I’ll show you how fine I am.”

“Not yet,” sooths the female. “Nearly there. Remember the word.”

And then Skin’s brain feels like it’s bouncing around inside his skull and he’s gone again.

Skin’s on his feet, furiously running through a forest as bullets fly around terribly close to his head. He tightens his grip on the pistols in his hand, ignoring the sweaty feeling on his palms.

Two men appear ahead, leveling extraordinarily large machine guns at his head. Skin doesn’t hesitate, taking both poor souls out with head shots. The guilt is still there, but he buries it beneath tedious rationalizations.

Skin glances to his right and sees another two men raising their rifles at him. He shoots them both without forethought or hesitation, hitting one in the face and the other in the chest. The latter man falls to the ground screaming, and Skin’s brain almost gives up on him then as a lost cause. Stiff shit, pal!

But Skin’s luck runs out as he bursts into a clearing, only to find dozens of men waiting for him, the wrong end of too many guns pointed at his heart. Skin considers his situation for a nanosecond before dropping his guns in the vain hope they’ll accept his surrender.

“Who are you?” asks Skin suspiciously.

“My name is Victor DeMorte,” answers Skin’s executioner, resting the tip of the barrel against Skin’s forehead. “I am the future.”

He shoots Skin in the head, the bullet exiting right behind the left ear.

Bullet in the head!

The pain that constitutes Skin’s existence finally dies down and he opens his eyes. Two odd looking men stand over him, all shits and giggles.

Skin sits up slowly. The single light bulb in the ceiling shows a damp, dark cellar. “What’s going on?” he asks.

The two men look at each other nervously, but a voice from behind them answers him. “They saved you.”

“Who?” mumbles skin needlessly as a woman walks out of the darkest shadow in the room. ‘Kristine!”

“I hoped you’d remember me,” says Kristine, all honesty and trust. “I thought you might have forgotten.”

“Forgotten? How could I forget you?”

“The strangest things can happen when you’re trapped in a metatextual analogue of your own creation.”

“I love it when you talk like that,” says Skin, licking his lips vulgarly.

“That’s it!” hollers one of the men, throwing his arms up in the air for extra emphasis. “I’m leaving.”

“Who are you people?” asks Skin.

The other man laughs strangely. “Why, I’m King Goob and this is my partner in crime, Rocket Fish.”

“I called them in,” says Kristine, kneeling down beside Skin. “You got lost in your head after a routine helping of peyote. You spent three days in a coma, screaming and hollering about somebody called Max Zero.”

“Right,” says Rocket Fish suddenly, slapping his hands together extravagantly. “We’ll be off then.”

Skin and Kristine wave goodbye as the two men walk away, talking loudly to each other.

“I dunno!” cries the other. ‘Should we go do that Protocols thing?”

“Nah! Let’s go get tanked and shoot some somebody!”

Skin ignores them, staring intently into Kristine’s huge brown eyes. “You did it, baby. You did it for me.”

“You better believe it,” she says and the two embrace. For the briefest of moments, time stops its relentless march on. Nature freezes and gravity halts as the two lovers get reacquainted, but Skin soon pulls away to ask one last question.

“One thing. What is the word?”

Kristine smiles. “What do you think?”

Skin pulls her closer, smelling her sweet scent and feeling totally and helplessly lost in her arms.

Leave them alone. Leave them to their lives for now. Let’s face it, you’re not that interested anyway. Because this is softcore.