I'm not a scientist, but I know all things begin and end in eternity 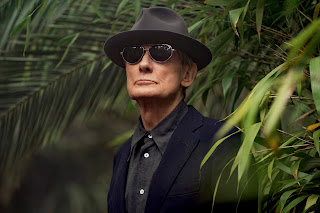 It was a genuine surprise finding out the new Man Who Fell To Earth TV series with the mighty Chiwetel Ejiofor is a sequel to the original movie, not a boring old reboot, telling the same story, over and over again.

It was not much of a surprise to them find out that the role of Thomas Newton, a part unique to David Bowie, would now be played by Bill Nighy. He was literally the only acceptable choice. (Well, maybe also Denzel, because Denzel can do anything.)