Not everything has to go in a box 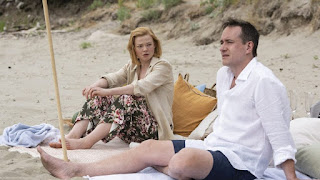 There is an obsession with labels and categories that has spread all through critical writing these days, and it is something that is almost completely unavoidable. Everything needs to go in the right box. Which is a shame, because it's so fucking boring.

I grew up buried up to my tits in Doctor Who and comic book fandom, so I'm certainly used to this shit. But when Sight and Sound is fretting over whether something is a film or not, because it's released through Netflix instead of a typical cinema release, nowhere is safe. Unfortunately, it's also possibly the single most boring argument in all of film criticism, because who fucking cares?

(If it really fucking bothers you, there is an easy fix: everything that is filmed - for television or streaming, or short films, or series, or YouTube videos, or whatever - are films, and things that play in the cinema are movies. Always works for me.)

Likewise, there was so much hand-wringing over whether Succession is a drama or a comedy, as if that matters. Knowing it's created by one of the geniuses behind Peep Show is a bit of a fucking giveaway, but it can still be both.  Or one, or the other. It doesn't matter at all

Worrying about where it goes is for squares.
Posted by Bob Temuka at 5:07 PM