It's the horror that people remember 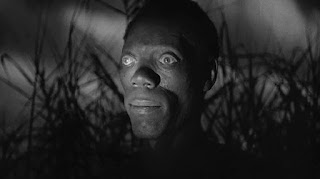 Hundreds of movies are made all over the world every year, and this has been going on for a century now, so it's not a surprise that so much has been forgotten. The vast majority of films produced in the 20th century are barely mentioned and rarely watched. But dopey genre films are far more likely to be remembered, regardless of actual merit, and when old movies disappear from the public consciousness, horror, science fiction and fantasy stick around.

Horror is a great place for young filmmakers to start out, because you can do truly scary things with a minuscule budget and - more importantly - produce a profit that will set you up for further films. But they're also remembered for many, many years afterwards, written about in books and kept alive by genre lovers.

More people will have watched Carnival of Souls - a micro-budgeted chiller with a genuinely creepy atmosphere - than the really big hits of 1962 like That Touch of Mink or Bon Voyage or The Interns (more people have probably seen Lawrence of Arabia, or Dr No, though.) Cavalcade might have swept the Oscars in 1933, but it's an insanely dated drama to 21st century eyes, while the original King Kong is immortal. Even something as relatively obscure as I Walked With A Zombie is remembered with far more fondness than contemporary hits like The More The Merrier or This Is The Army.

Most of these films that have survived were written off as trash in the day, and yet they're still part of the conversation, even in this fast and modern 21st century. And while it's another Halloween today, these kinds of films are for more than one day. They're for ever.
Posted by Bob Temuka at 7:56 PM