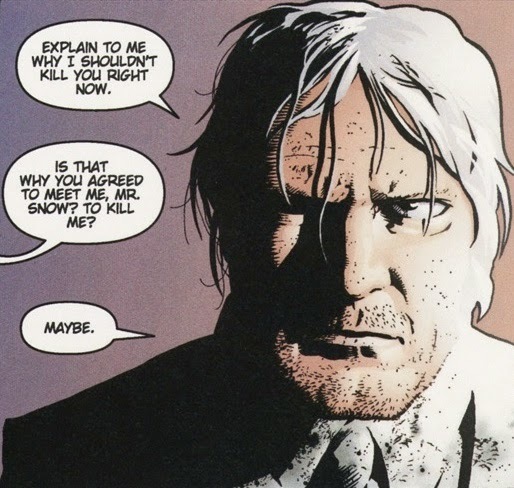 We were getting married in a month, but the lovely soon-to-be-wife had disappeared for the day to go get shit-faced at a local wine festival with an old mate, so I was all alone in the house on a sunny Saturday afternoon, with nothing to do except drink my own wine and read the Ellis/Cassady Planetary comics.

This was no pity party. It had taken me a long time to get into Planetary – I’d only read the first trade, and by this stage it was only a couple of issues away from its climax (although these final issues would literally take years to come out). But I’d picked up the whole thing for a song online, and it was a beautiful day for a binge read.

I was a mess by the time I got through two dozen issues of beautiful homages to all the crazy genres of the 20th century, and that was only partly due to the wine. Warren Ellis always puts on a hard face, but he can also be a total sentimentalist too, and the affection for all the dumb old tropes overcame all the other snark and sneers. As a love letter to the silly fictions of the past century, it’s unmatched, and John Cassady’s art was shiny enough to capture all that affection.

She might have been the one to get out of the house and interact with actual human beings like a proper person, but the wife was just drunk and sunburned when she got home. I’d been to the glorious limits of genre fiction, man. My head was bursting.
Posted by Bob Temuka at 1:58 PM